It’s that time of year. Fall always equals pumpkin season in my book. I try to make as many pumpkin things as I can…pumpkin desserts, pumpkin chili, pumpkin drinks, pumpkin breads. Pumpkin and cheesecake makes for a heavenly combination. I created this recipe kind of by accident. We were having guests over, and I had a can of pumpkin and four blocks of cream cheese just hanging out in the fridge. I decided to throw together these Low Carb No Bake Pumpkin Cheesecakes. They were a hit! Just be sure to leave time for them to set in the fridge before enjoying. 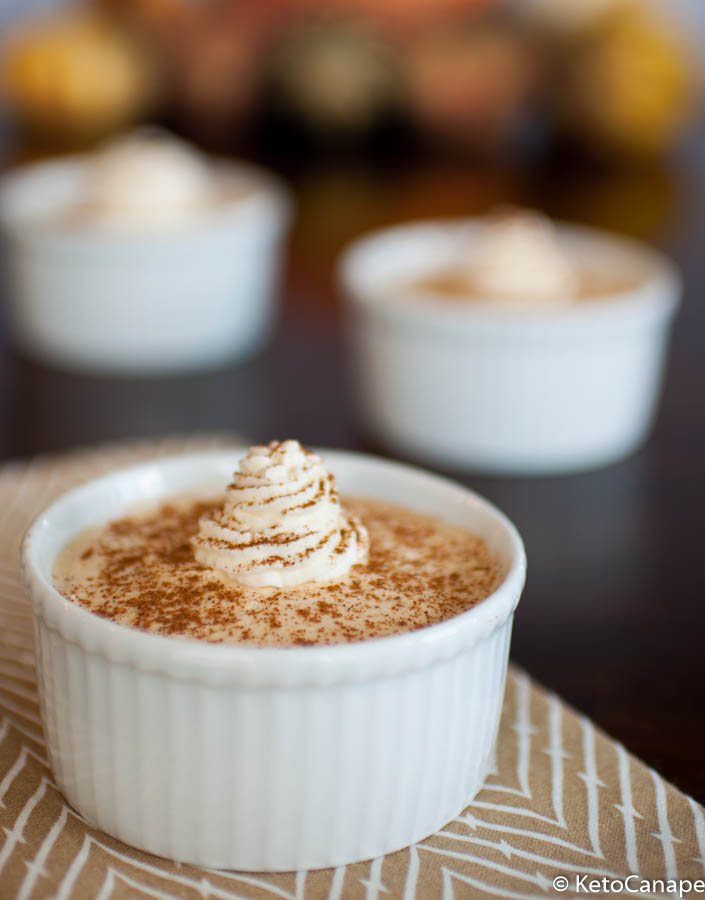 Cream cheese is a low carb staple in my house. Coming in at one carb per ounce, that’s a good carb count to be the base of our dessert.

Pyure Stevia products) and Xylitol do not increase blood sugar as Splenda, Equal and other artificial sweeteners can. We have been almost exclusively Stevia-product lovers for a long time.

Pumpkin, Spice and Everything Nice

My favorite canned pumpkin brand is Libby’s. It’s been that way since I was a kiddo. A whole can of pumpkin has about 25 net carbs and something like 1000% of your daily vitamin A. If you’re lacking on your vitamin A, this is where it’s at! This recipe calls for 1.5 cups of pumpkin, so 21 net carbs for the entire batch that’s divided between 12 ramekins. That’s about 2 NET carbs of pumpkin per ramekin – not too shabby! 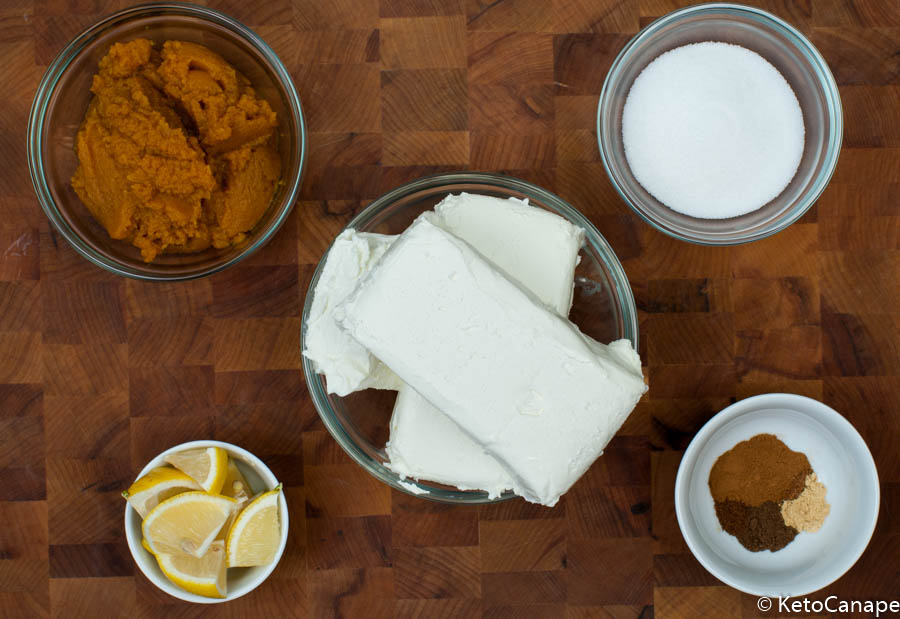 In a mixing bowl (I used my stand mixer), throw in 3 blocks of cream cheese and Pyure (or sweetener of your choice). Mix with the paddle attachment until well combined and cream cheese is smooth. Next, mix in your canned pumpkin, spices and a dash of lemon juice. Mix until well blended, and no streaks of plain cream cheese remain.

Spoon into individual ramekins, tamp the ramekins down on the counter to try and release any air bubbles. Smooth tops with a spatula. Cover with saran and gently press the saran to cover the surface of the cheesecake. Allow ramekins to set in the fridge for four hours or overnight.

Remove from the fridge when you are ready to serve and top with a dollop of freshly whipped cream and a sprinkle of cinnamon. 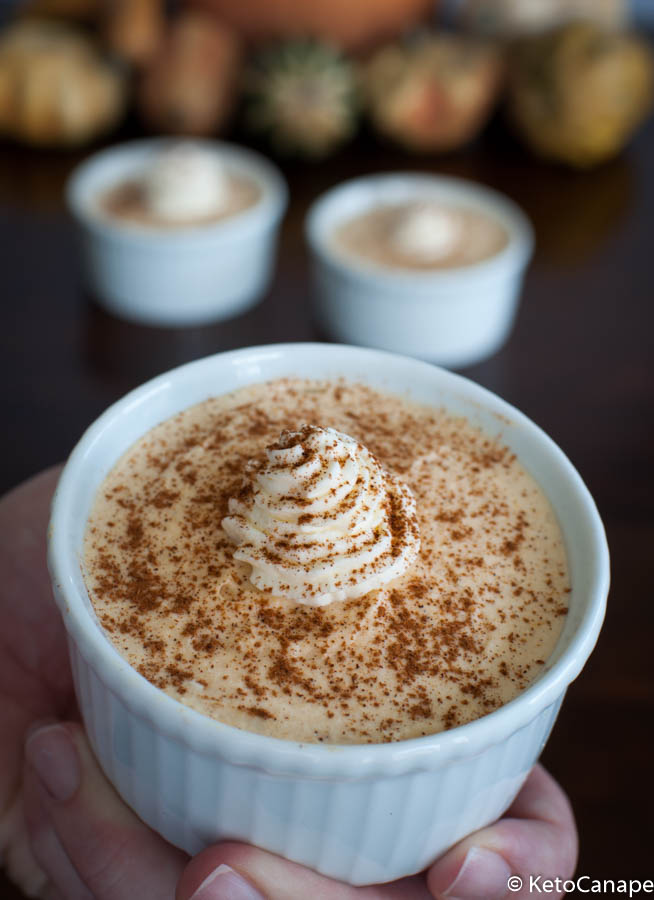 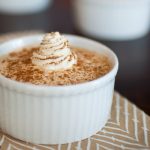 These super quick and easy pumpkin cheesecakes are perfect for a party or to enjoy anytime. Just be sure to allow for setting time in the fridge.
Servings:
12 cheesecakes
Prep Time
15 Minutes
Cook Time
0 Minutes
Passive Time
4 hours

*Recipe is available on MyFitnessPal under "KetoCanape Low Carb No Bake Pumpkin Cheesecakes”. *Nutrition information does not include additional whipped cream for topping* 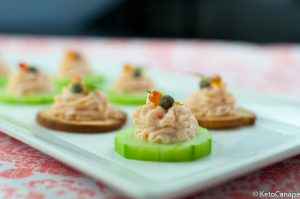 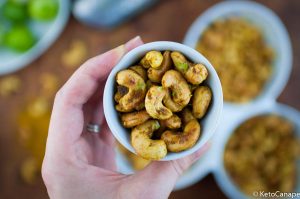